This Album Changed My Life: Lily Grace on ‘Fearless’ by Taylor Swift

Lily Grace is a genuine, grounded performer who sings from the heart. She recently teamed up with country music legend, James Blundell for her vibrant and catchy single, Annie June. Performed and written by Lily and James, Annie June about a woman who is portrayed as a home wrecker and is blamed for tearing apart a family situation even though it wasn’t her fault. The 15-year-old recently opened for Amber Lawrence and Catherine Britt on their ‘Love and Lies Tour’ across Queensland, and joined Tania Kernaghan for her concert.

To get to know Lily a little better, we asked her to tell us about an album that has changed her life.

There are so many albums that have influenced me on my musical journey. I grew up listening to the acoustic versions of songs. Ever since I remember, my mum would play these around the house. I got my first hard copy album when I was 7, Taylor Swift’s 1989. At the time I didn’t have a phone, so I took the CD player and listened to it on repeat until I knew every line and phrase off by heart.

Over time I began listening to her earlier work and country music. For me, the most influential album has to be Taylor Swift’s Fearless album. Although I already knew the majority of the songs off this album, I only started listening to the album in its entirety 2 years ago. Taylor is a great songwriter, lyricist and performer and I find her work extremely motivating, pushing me to focus on my craft and write more songs. After learning the lines, lyrics and phrases from this album, I searched to find interviews and quotes about the making of this piece and the creative process.

From these interviews, I learned about the early stages of Taylor’s career. Taylor lived in Nashville where she wrote hundreds of songs, performed, and built an audience before launching her debut album. She has been described as an extremely smart, talented and hard-working young lady, which is a trait I respect. Taylor has been one of the driving forces in my song writing and career. She inspires me to learn, improve, work hard, and just keep practicing until you get there.

I believe that Fearless has changed my life. It has put things in perspective that not everyone makes it in this industry, and you have to have a quality product before you start releasing material. This album and Taylor, as an artist, have driven me on my musical journey. 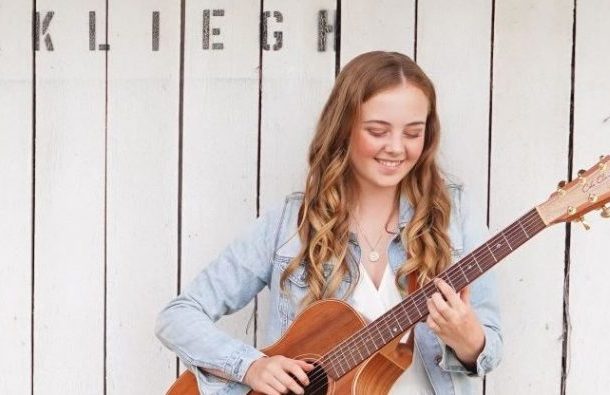