Up and coming young country music performer Lily Grace has certainly made her presence felt on the local music scene so far this year. At the tender age of just fifteen, the burgeoning singer-songwriter and guitarist has been wowing anyone within earshot, including respected country music icon James Blundell, with whom she recently performed at BBQ Bazaar, including a special collaborative performance.

We recently chatted with Lily to discover (amongst other things) if she’s always been a country loving lass, how she got to share a stage with James Blundell and where she’s heading with her music for the rest of 2021 and beyond.

Can you tell us a bit about your formative musical development and how you came to write and perform your own material?

I started singing when I was ten years old. I always wanted to play the guitar and at twelve, I started learning to accompany my singing. After about eight months I started performing at open mic nights and busking at markets. I saved up all the money I made busking to purchase an amplifier so I could start gigging in cafes/restaurants. In June 2019 I attended the CMAA academy of country music in Tamworth. I learnt all about song writing and this inspired me to start writing my own material. Ever since I’ve been writing my own music after school and on the weekends.

Has country music always been your musical passion? And what is it about the genre that resonates with you so much?

No, I haven’t always been a country musician. I grew up on the music my mum played around the house and this was often country or acoustic-style songs. Before picking up the guitar I mainly played pop songs and would sing to a backing track but soon after learning to play, I started to perform a number of my favourite country songs. I attended my first Tamworth Country music festival in 2019 and I spent my time busking along Peel Street, competing in the busking championships. This is when I really fell in love with country music. At that festival I was fortunate enough to perform in front of 5000 people for the ‘Battle of the Buskers’ grand finale. Being surrounded by the biggest artists in Australian Country was extremely inspiring and their generosity and nurturing support also fuelled my love for country music. Recently I’ve been spending a lot of my time writing and it’s made me realise how much country music is orientated around a story. For me country music is all about storytelling that is raw, real, and relatable.

Who are a few of your biggest musical influences?

I am definitely inspired by a lot of modern country artists like Maddie and Tae, Maren Morris, Tenille Townes, and Morgan Evans. I love them because they write their own music, and they perform that music with so much passion and emotion. They really pour their hearts out on stage which is something that means a lot to me

You recently performed at BBQ Bazaar, both supporting and also collaborating with James Blundell. How did that opportunity come about? And what was the experience like for you?

Late last year I performed with Tania Kernaghan for a Christmas show. Tania has the same manager as James and we were put in contact with each other to put a show together. I LOVE James Blundell. He is one of the kindest and most genuine people in the industry and I have loved getting to know him. The show we played was amazing!! There was a great crowd that came along to support, a great venue and the show was so much fun to perform.

Are you working on writing and recording any material at the moment and if so when can we expect to hear it?

Yes!!!! I definitely have something in the works. I spent my quarantine writing my own music and working on my craft. I collaborated with a bunch of artists/songwriters and had a ton of fun along the way. I am working on some new music which will be released very very soon.

Where would you like to take your music for the rest of 2021 and beyond?

My dream is to be a musician and have an audience who appreciates my music. I’m only fifteen and at the moment it’s all about having fun and learning as much as I can along the way. I’m hoping to spend the rest of the year performing, posting, writing and releasing my own music and I can’t wait to see where the journey takes me. 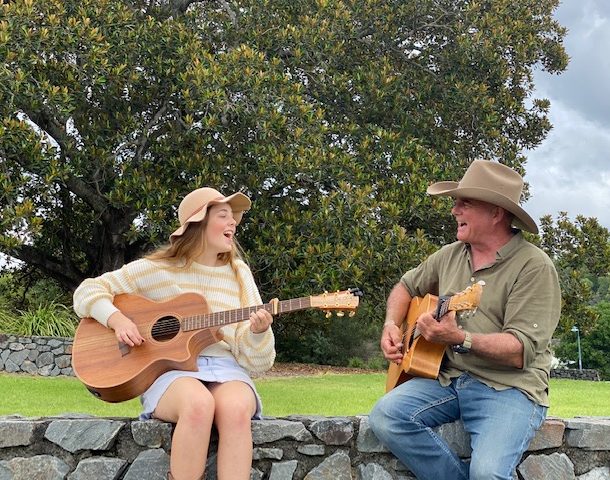 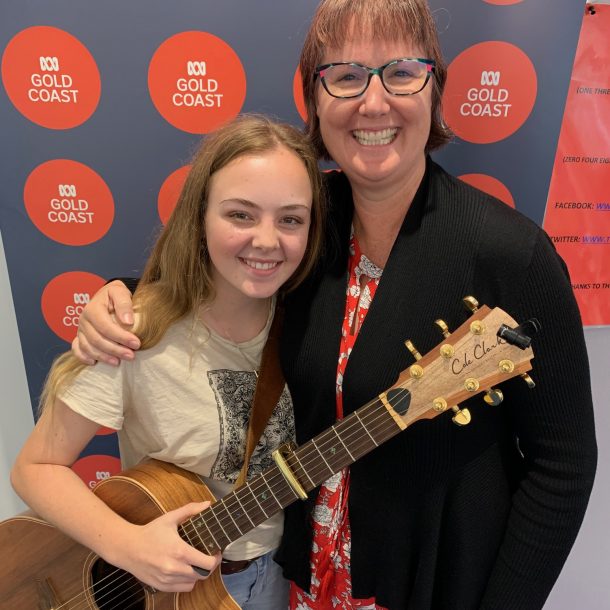