Gracing the stage: We get a little country with Lily Grace

Gold Coast country sensation Lily Grace has busked alongside the greats at Groundwater Festival, stomped the stage at Blues on Broadbeach and co-written a song with Australian country legend James Blundell. And did we mention she’s only 15?

We recently caught up with talented musician and Somerset College student Lily Grace to explore her wildest musical dreams and find out how the Gold Coast local music scene has shaped her direction.

Mudgeeraba local Lily is one star-on-the-rise who definitely credits her community for giving her a head start. Singing since the age of ten and performing since the tender age of 12, Lily got her start at open mic nights and by busking at markets.

“I used the money I made to invest in my equipment so I could build up to bigger gigs,” recalls the enterprising Lily.

The investment paid off, with Lily landing paid gigs at local venues around the Gold Coast, many of which she has developed close working relationships with.

“We have become good friends with many of the venue owners of the places I perform at,” says Lily.

“The owners of the Whisky Lounge Mudgeeraba are the sweetest people who are constantly sharing my music, putting up posters around the local area and streaming my songs constantly. They are extremely supportive and kind and I am so grateful to have them on board.”

Lily’s school friends, most of whom she has known since prep, have also proved to be a solid fan base.

“My school community is extremely supportive of my music and they are often sharing, commenting and showing up to gigs to support me. It’s AMAZING,” she gushes.

Of course Lily’s family are her number one fans and greatest supporters, with her parents driving her to gigs and dispensing wisdom as needed.

“They have taken me down to the Tamworth Country Music Festival, to Toowoomba for shows and they are constantly looking after me,” says Lily.

“I really respect my parents and they have given me advice and wherever they can have tried to assist me by teaching me essential skills and strategies I need to implement.”

The respect certainly goes both ways, with Lily’s mum, Tara Peters, saying the family is full of nothing but admiration for Lily’s dedication.

“Lily never ceases to amaze us with her work ethic,” Tara states.

“She is practically running her own mini music business on the side while she’s still doing school. She works super hard during school time so she doesn’t have as much homework to bring home and can instead spend that time writing songs or performing at gigs.

“She fits so much into a day, sometimes setting her alarm in the early hours of the morning to do assignments, or to practice her music.”

This work ethic has seen Lily in demand as a performer across the Gold Coast, where she hones her live skills at any given opportunity, crossing the stages at Burleigh Bazaar, The Henchman, Rusty Barrel, The Milkman’s Daughter, BSKT, The Oak Café, Choofas Smokehouse and Miami Marketta, just to name a few.

“There are so many venues that support live music and there are live shows every weekend that people can go and watch,” says Lily.

“We have some really great talent here and we all get along like good friends. Not only is there good live music here, there are great studios, session players and some extremely talented songwriters who I collaborate with.

“I think the music scene here is awesome. There are lots of venues who have begun introducing live music and there is a lot of young talent which is emerging.”

Lily may be classified as ‘emerging’ right now, but that title won’t last for long, with her combination of natural talent and drive. She plans for a long career in the industry.

“My dream is to continue writing my own music and find an audience that respects this music,” says Lily.

“Someone once said, ‘If you love what you’re doing, you will never work a day in your life’. I completely believe in that quote and I try to live my life by it. I focus on doing what I love and it’s never hard. I want to write songs, collaborate, sing my heart out and perform. That’s my dream.”

Lily’s debut single Annie June is out now on all streaming services.

Full Article on We Are Gold Coast: https://www.wearegoldcoast.com.au/articles/musician-lily-grace 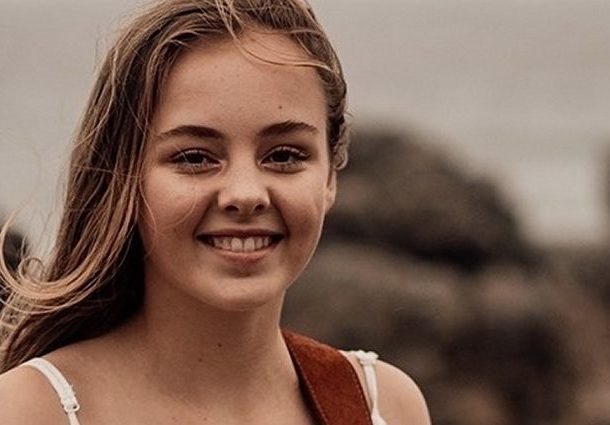 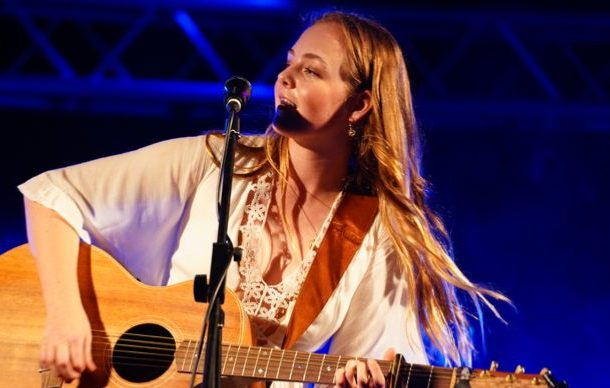